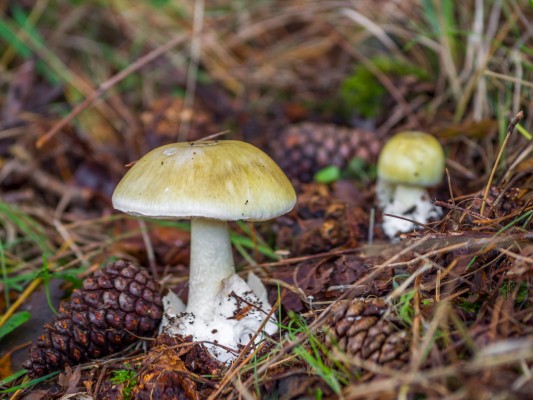 Liu Jun, a Chinese chef working in Australia, thought death cap mushrooms were edible and killed himself and assistant Tsou Hsiang by cooking them in a stir fry.

Liu Jun, 38, a chef visiting from China, and his female kitchenhand, Tsou Hsiang, 52, died from liver failure at a hospital after eating death cap mushrooms on New Year’s Eve at the Harmonie German Club in Canberra. A third person who shared the dinner with Liu and Tsou was discharged from hospital on Tuesday. The two had used the mushrooms to make a stir fry in the kitchen of the club’s Chinese bistro.

The manager of the club, Mick Thamer, said the meal had not been offered to the public. Mr Liu’s friends believe he picked the poisonous mushrooms in Braddon on his way home from work, mistaking them for the edible straw mushrooms used in Asian cooking. They said he was obsessed with fresh food. He was also working to send money home to his Chinese wife and two children, a seven-year-old boy and a girl, 11.

A single death cap mushroom can kill an adult – they are among the most poisonous in the world.