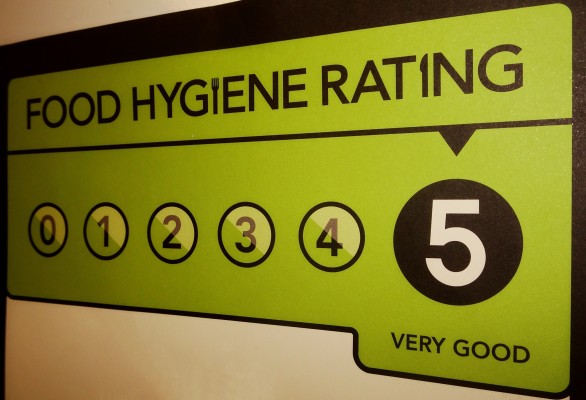 Scores on the Doors Update

The Food Standards Agency has announced a further round of grant funding for local authorities in England and Northern Ireland adopting the national Food Hygiene Rating Scheme.

The scheme has been gathering momentum since it was formally launched on 30 November 2010 – a total of 57 authorities in England, Wales and Northern Ireland are publishing ratings at food.gov.uk/ratings. And by the end of June 2011, many of the 167 that received grant awards in previous funding rounds will have rolled out the scheme in their areas.

‘Common Sense, Common Safety’, has set a clear direction of travel for the scheme and the aim is that it will be up and running in all local authority areas in time for the 2012 Olympics and Paralympics. This round of funding will help achieve this aim and it builds on the success of the previous rounds.

The Food Standards Agency in Wales has launched a bilingual advertising campaign. Designed to promote awareness of the Food Hygiene Rating Scheme, the consumer advertising campaign runs in Wales for a four-week period. The bilingual advertisements will appear throughout March 2011 on phone kiosks and in national and local print media across Wales.

In total, 650 phone kiosks and 31 newspaper titles will carry advertisements over the four-week period. The campaign will be complemented by advertisements on digital media such as Google and Facebook. In Wales, all 22 local authorities are implementing the scheme and as each food business is inspected it is given a rating.

The rating of ‘5’ means that the business was found to have ‘very good’ hygiene standards, and a ‘0’ means urgent improvement is necessary.